Equality: Creating a Fair Workplace for All 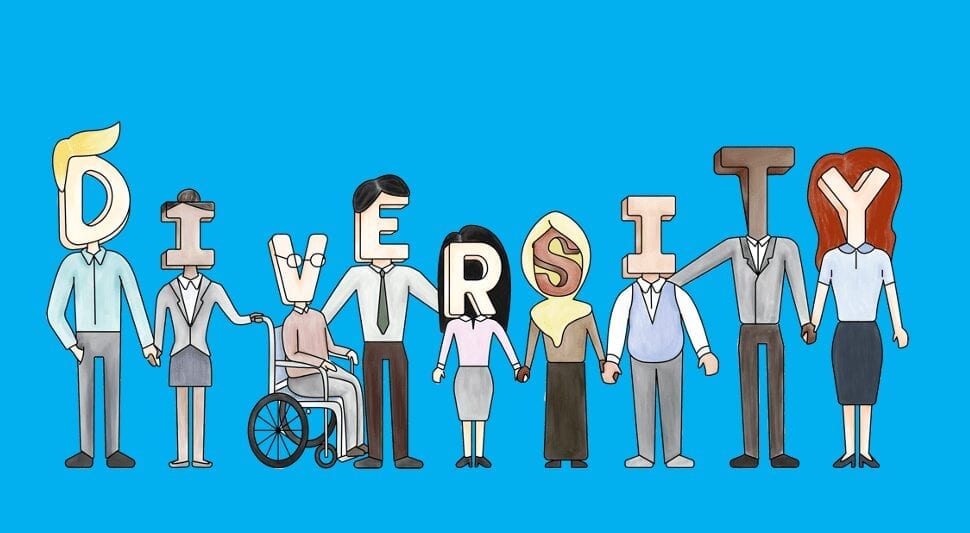 Fairness in the workplace demands more than publishing Equal Opportunities and Diversity policies. There are plenty of sound reasons why the whole workforce should experience fairness, and an equally long list of barriers that prevent it.

You might think that wanting to be a responsible employer and ‘doing the right thing’ for fellow humans would be enough for business executives to make sure workers of all creeds and backgrounds experience fairness of opportunity, of social conduct, of peer behavior, (etc.). Generally, though, it doesn’t seem to be. Every month, examples get reported on social media and on sites like Glassdoor of people being treated unfairly in the workplace. So, what SHOULD fairness mean? And why is it proving so elusive to employers and workers alike?

Let’s dig into some of the background issues…

Diversity – a big issue for workers, employers and customers today

One of the hottest ‘fairness’ topics is Diversity.

Attitudes toward Diversity vary around the world. In some countries, it’s far less an issue because cultures embrace it as the norm, but in others, there is a clear divide that needs attention. The American Bar Association (ABA) defines diversity as “the term used to describe the set of policies, practices, and programs that change the rhetoric of inclusion into empirically measurable change.”

When people talk about diversity, what are they talking about? In the U.S., diversity falls into what the Equal Opportunity Employment Commission (EOEC) defines as a protected class. Protected classes include individual workers who are protected in the employment and hiring process under a number of federal U.S. employment laws and include the following groups:

There is also a ninth protected class for organizations that are federal contractors that include veterans and military.

Diversity has been a Topic of Debate for a Long, Long Time… In the U.S.  American settlers’ relations with Indians were conflicted from the outset. Colonization activity before 1776 displaced native tribes, resulting in violent clashes.

Practicing inclusiveness in diversity can make a positive impact that extends beyond the firewall of the enterprise.  Cause-led movements like Pride are awash with global brand sponsors that recognize the positive impact diversity and equality topics can have on their brands.  The Millennial generation – i.e. those individuals reaching young adulthood in the early 21st century that grew up in the age of the Internet – are the fastest-growing consumer segment, and they care about diversity and fairness.

The 2017 Millennial Impact Report suggest 37% of millennials had changed the way they purchase products and/or services based on their interpretation of a company’s values.

In 2015, 81% of Fortune 500 companies published sustainability reports, up from 20% in 2011, according to a report released by the Governance & Accountability Institute.

The 2017 Millennial Impact Report also found that millennials identify civil rights and racial discrimination as the number one cause they care most about.

Adopting fairness in your business is not just the right thing to do, but it’s also the law. Well almost.  Sometimes, anyway. There are legally specified obligations in affirmative action non-discrimination statutes that call for equal opportunity.  It’s a confusing picture.  In the United States, legislation towards diversity, and its interpretation by State policymakers, varies dramatically.

Many organizations have robust Diversity policies that they enforce well for full-time employees. But that’s not the end of the story. With an ever-growing contingent workforce now representing as much as 40% of the workforce for some employers, the protections afforded to full-time employees pay lip-service to freelancers and gig workers. It’s not uncommon for ten people to be surrounding a hot-desk cluster, and only six of the ten people will be experiencing fairness because they’re employees. This divide between the ‘haves’ and the ‘have nots’ of fairness protection is an area of concern to 4 in 5 employers, but it can be difficult to rectify because the Employer of Record for these individuals will be a different organization with its own policies and protocols.

To make fairness work across a workforce, businesses must ensure that their policies carry across their ENTIRE workforce. As one commentator put it, if you’re not intentionally inclusive, then you’re intentionally exclusive.

Fairness covers a great many bases. For me, it should be about ‘the feeling’ that individuals feel empowered to have an equal chance at doing anything, and they can operate on a level playing field with their peers. What it definitely shouldn’t be is the anxiety of having to face discrimination in the office; to have to experience that mental torture on the commute into work.

Another long-running issue in the workplace has been the gender pay gap and the shocking statistics that show being a woman reduces not just your earning potential but your career opportunities.

A report by the World Economic Forum in 2019 that Women will wait 217 years for the pay gap to close, WEF says … in the pay and employment opportunities of men and women to end. … the overall gender gap will take 100 years to close – also longer than the 83 … gap, and has been the world’s most gender-equal country for nine years, according to the WEF.

There are good economic reasons for countries to wash away the pay gap. PricewaterhouseCoopers has suggested previously that, in the UK alone, economic gender parity could add $250bn (£188bn) to GDP.

I’ve encountered many different attitudes towards topics like Equal Opportunities, Gender Gap and Diversity in my career as I’ve stepped through employments. In some cases, department chiefs acted like mini warlords and wanted to assert their own attitudes on the workings of departments, even though some of them held distorted views of what fairness looks like. Probably worse even than that were employers who turned a blind eye to unfairness and thought very little about topics like gender equality. Measuring the performance of Diversity and Equality policies by the number of complaints raised to HR departments is a blunt instrument on the march towards fairness in the workplace. in reality, the overwhelming majority of unjust behaviors are not reported. It’s simply not good enough to ‘wait and see.’

Tackling ‘norms of accepted behavior ‘is for me the fundamental issue. Experience working in a largely male-dominated manufacturing shop or building site and – even today – most of us would be shocked about what ‘normal accepted behavior’ looks like. Changing it, and stamping out unfairness is hard to do. Change leaders risk being criticized for ‘not recognizing banter’ and having ‘no sense of humor.’ But one person’s banter can be another person’s humiliation and distress.

Rarely is there a shortage of ‘policy.’ It’s very easy to write a Word Document that describes how an organization ‘should act.’ The difficulty lies in re-setting attitudes and re-coding behaviors to establish new ‘fair to all’ norms of behavior.

Doing something about unfairness in the workplace

There are number of actions organizations can take to build fairness into their workplace norms of behavior:

Ian Tomlin is a management consultant for Workspend Inc., specializing in workforce management, digital transformation and organizational design.  His business books about organizational agility (‘Agilization’), social cloud computing (‘Cloud Coffee House’), and the future of enterprise computing (‘Social Operating Systems’) can be found on Amazon and iBooks. Follow him on Twitter or LinkedIn.